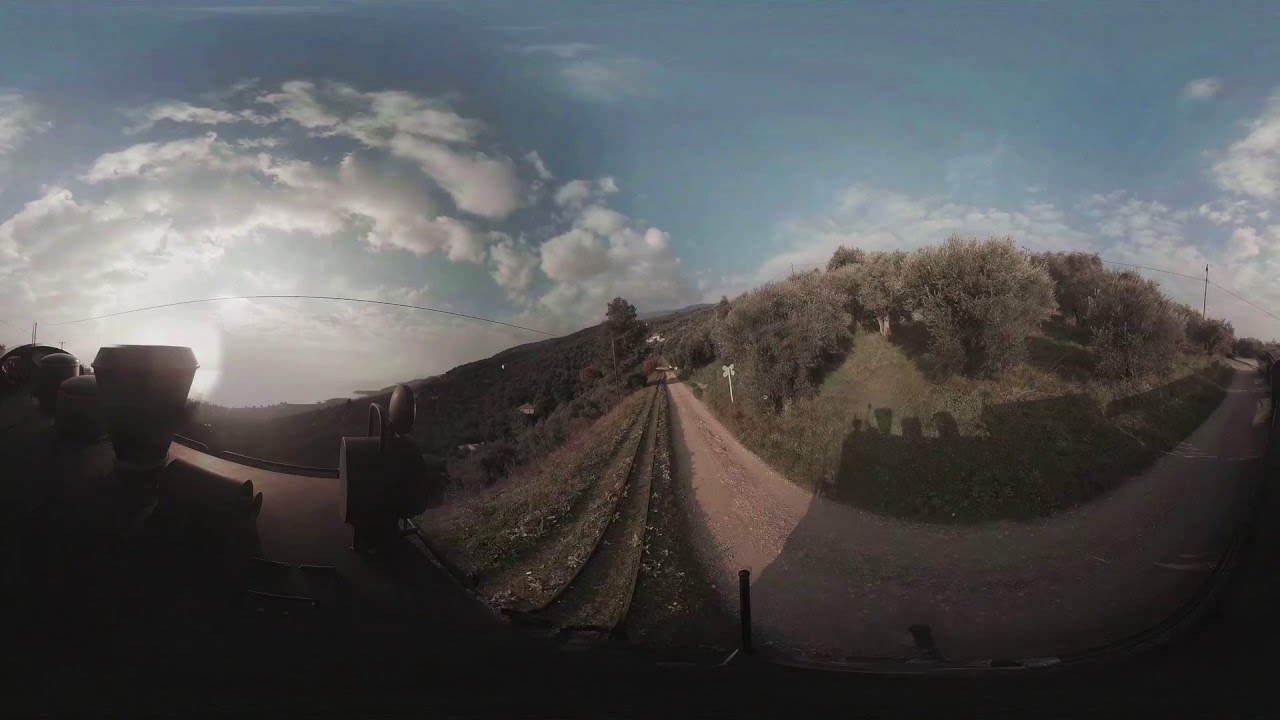 Our team traveled on Moutzouris, the famous train of Pilio mountain to create this impressive 360 video. Enjoy a unique experience as the train passes through the villages of Ano Lechonia, Gatzea, Aghia Triada, Pinakates and Milies. Thirteen kilometers -a truly magical journey. It is no coincidence that in 1985, this railway line was listed as a protected historical monument and it was proposed to include it in the list of UNESCO World Heritage Sights. The bridges along the line, a real attraction, are 12 in total. Some are stone-built with carved marble stone. The most impressive one, the only made of iron, is 10 minutes from the station of Milies. It is located above the straight of Taxiarchis and bears the name of Evaristo de Chirico, renowned engineer and father of painter Georgio De Chirico. The train operated until 1971 and then stopped its travels until 1996 when it was resumed. It was named Mountzouris due to the black smoke it left behind when burning coal.