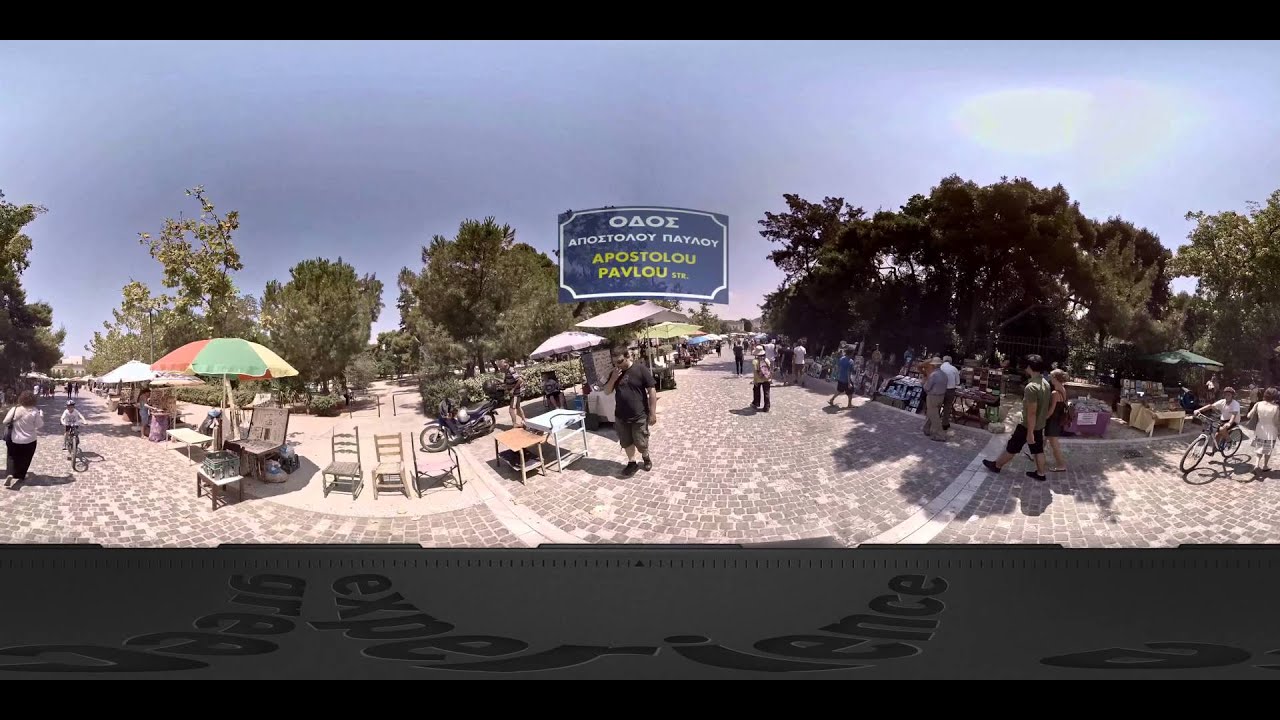 The young bikers of VR360.gr recorded for the first time in 360 degrees video the new cycle route of Athens. Starting from the New Acropolis Museum, passing below the Parthenon, we rode down to Apostolou Pavlou str. and the Ermou pedestrian road, over the train bridge so to continue to Thessalonikis str.
Following the new, colored in red, cycle way up to Moschato neighborhood, we reached the area near Flisvos and the seaside pathway of the Athens Riviera all the way to Kalamaki.
It is a route passing by many attractions, monuments and natural beauties. The traffic is limited -so bikers may easily follow the route that we have filmed and presented in the 360 video.